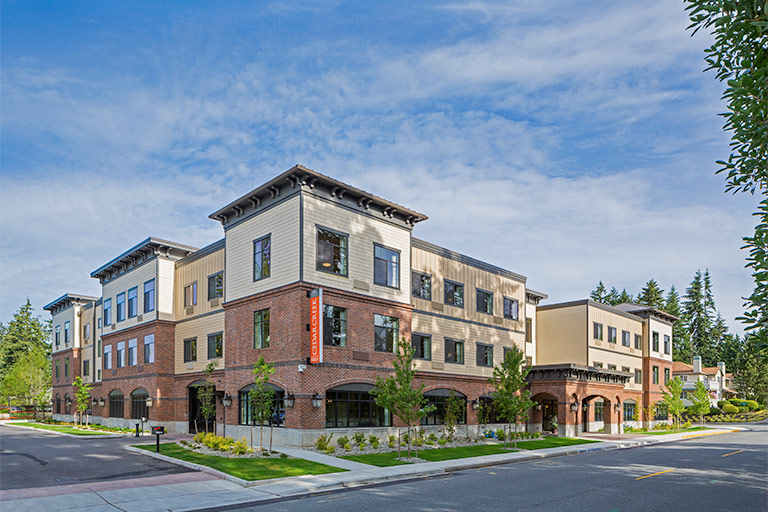 Those looking for the magic bullet or crystal ball forecasting the next “hot” market in senior housing likely won’t find it, but industry thought leaders at regional and national events, including the recently concluded HealthTAC West, are touting a strong future in numerous markets across the country.

“To say that we see one hot market over the next would be a stretch,” said Todd Hudgins, SVP senior living at ERDMAN, which has seven office locations across the country.

“As a national project delivery model, we are seeing projects from Los Angeles to Tacoma, WA, on the West Coast. Up the middle of the country, there are various projects outside of Chicago and Madison and down into Central Illinois. The Southeast has quite a few projects that we are looking at between Atlanta, various South Carolina locations and several in Florida.

“We just still see a robust new development market. One thing these markets have in common is the existence of older, outdated supply and a growing population that fits the demographic that our clients are aiming for,” Hudgins added.

“Demand remains strong in pockets of the country, particularly in mid-sized cities and smaller population centers where choices that are close to the neighborhoods where residents once lived remain limited,” said William Swearingen, SVP of marketing and sales, at Spectrum Retirement. “We are also seeing consistent demand for communities close to urban centers, such as our planned Scottsdale community.”

Recently Trustees gave the go-ahead for Spectrum to move forward on Algonquin Senior Living located in the Chicago suburb of Algonquin and started construction on Silver Glen Senior Living, which will feature 179 senior living residences across a full spectrum of care in South Elgin, also a northwest/west suburb of Chicago.

With the capacity to serve 90 residents, the community features indoor space specifically designed to meet the unique needs of those with Alzheimer’s disease, other forms of dementia and those with memory impairment, as well as outside space purposefully built to give residents the freedom to enjoy the outdoors. It also offers around-the-clock licensed nurses and a designated physician medical director.

The new two-story Silverado Thousand Oaks is expected to open in early 2020 on a two-acre site just east of the Conejo Valley Botanic Garden and will serve 82 people with Alzheimer’s disease and other memory-impairing conditions.

Designed to meet their unique needs, it will feature skylights and sunrooms to draw in natural light and warmth, Eversound technology to aid resident hearing to increase engagement, and living areas to provide residents with inviting, comfortable spaces for social interaction.

“Koelsch Communities is excited for our continual growth in eight states,” said Terry Hanson, Koelsch’s VP of business development. “Our current 29 communities and nine in development allow us the flexibility to grow and expand as needed.

“We welcome our 29th community—Waverly Inn in Arlington Heights in Illinois—this month. Our first three communities in the greater Chicago area have been well received, as they have exceeded expectations regarding occupancy fill-up and RPU. With this latest property, it will solidify a regional presence in the greater Chicago market and one that we hope to continue to build on.”

Civitas Senior Living—based in Fort Worth, TX, with almost 50 communities in Texas, Arizona, Oklahoma, New Mexico, Colorado, Kentucky and Florida—currently operates/manages six communities in the Austin area. With another community scheduled to open in the South Congress area of Austin in 2019, Civitas is also committed to the neighboring Hill Country area with four communities a short drive from Austin.

“Obviously, Austin is a dynamic city,” said Wayne Powell, founder and CEO of Civitas Senior Living. “Its growth is limitless. Couple that with the Hill Country’s charm and scenic beauty, it’s no wonder that Austin is red hot for seniors looking to retire and enjoy the next phase of their lives. We’re thrilled that Civitas can be a part of that journey, providing the passionate care and service that we’re known for within the industry.”

Whisper Woods of Smithtown, which opened last week, is the first New York community for Waltham, MA-based Benchmark, which has 57 communities in eight states. Designed to meet the growing demand for assisted living services on Long Island, NY, the $25 million project features a three-story building on 12.6 acres with 71 assisted living and 30 memory care residences.