Home / Editorial / Getting With The Program In Memory Care 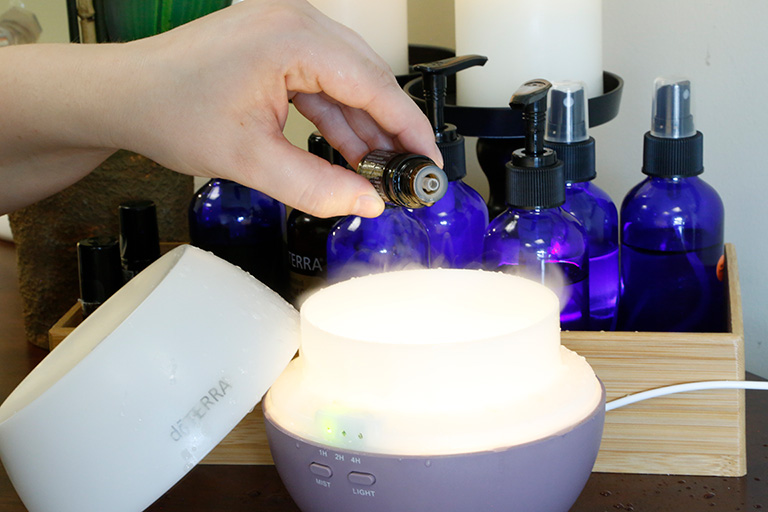 Getting With The Program In Memory Care

Editorial by Cheryl Slavinsky May 8, 2017

As the incidences of Alzheimer’s disease continue to climb, the senior living profession is responding with new programs, pilot studies, construction and renovations for those with Alzheimer’s and other dementias.

For example, Senior Lifestyle Corporation‘s Essence aromatherapy program last week received an Argentum “Best of the Best” award, which recognizes innovative new programs and services that are working to improve the future of senior living.

One of five signature programs of the embrace Senior Lifestyle memory care philosophy, the Essence program works one-on-one with residents—using essential oils applied to the skin or inhaled—tailoring each experience to the needs of the individual. Some of the benefits reported include elevated mood, reduced stress, improvements with restlessness and decreased anxiousness.

Westminster Village, a Presbyterian Senior Living community in Allentown, PA, is one of four sites nationwide, including hospitals—and the only long-term care community—in a pilot study with circadian rhythm lighting as a form of holistic dementia care.

Our bodies have an internal clock that aligns with daytime and nighttime from before standard lighting systems were introduced. The daily changes in our physical, mental and behavioral states that respond to a light-and-dark cycle are known as our circadian rhythm.

The first of the sites to install the lighting, Westminster’s Neighborhood of Hope has experienced “amazing” results with 23 residents in memory care since November. The lighting system simulates sunlight patterns, changing color and intensity based on the time of day.

“The results have actually been amazing. The change in the residents and the way they function on the circadian rhythm lighting is just phenomenal,” said Nancy Bullivant, BSN, executive director at Westminster Village. “We have people who weren’t sleeping through the night that are now. There’s much less negative interaction between residents and a much calmer atmosphere. They seem much happier. It has been an amazing shift.”

Residents’ families noticed the positive changes in their loved ones—most noticeably that they were much calmer—and initially asked about medications, not connecting the “different” lights with the behavior change.

“We were then able to decrease medications, and the normalcy of residents’ rhythm also helped them,” said Bullivant. “They are getting up in the morning when it’s lighter, doing their routines, then winding down in the evening when it’s time to go to bed because the lights mimic natural lighting.”

While residents were the focus of the pilot with A1 Energy and ABB Lighting, both of Allentown, Bullivant said the staff has noticed the difference, too—reporting they feel better and are not as tired at the end of the day.

“For us, it’s an exciting opportunity. We hope to be able to replicate the lighting in other communities—incorporate it as we build and then look to retrofit in others,” said Alicia Fenstermacher, corporate director of community life at Presbyterian Senior Living, explaining that the organization usually pilots new technology for at least a year before replication.

She is optimistic that the lights can also counterbalance effects of the aging eye including cataracts and macular degeneration and help with fall prevention due to shadows with poor lighting.

There’s also an energy savings because of dimming features, according to time of day, rather than using 100 percent power all day. The LED lights last two to three times longer, requiring less maintenance to replace. They should pay for themselves in energy savings within two to five years, according to Mike Porreca, A1 Energy project manager and VP of sales, who initiated the pilot.

The Lantern properties in northeast Ohio have been making news internationally. The Lantern was among nine companies at the forefront of global innovation invited to present at the World Government Summit at the Mohammed Bin Rashid Center for Innovations in Dubai in February.

Lantern Founder and CEO Jean Makesh’s design of his communities—where residents with Alzheimer’s and dementia live in what looks like a 1930s/1940s town—has had over 7 million views on social media.

A life-size replica of a Lantern residence was built at the Summit, which focused on business innovations shaping future governments. Makesh and wife Dr. Sapna Dhawan, Lantern president, discussed their success with biophilic design and their Alzheimer’s and dementia care model with prime ministers and other heads of state, world thought leaders, Nobel Laureates, other innovators and international media. 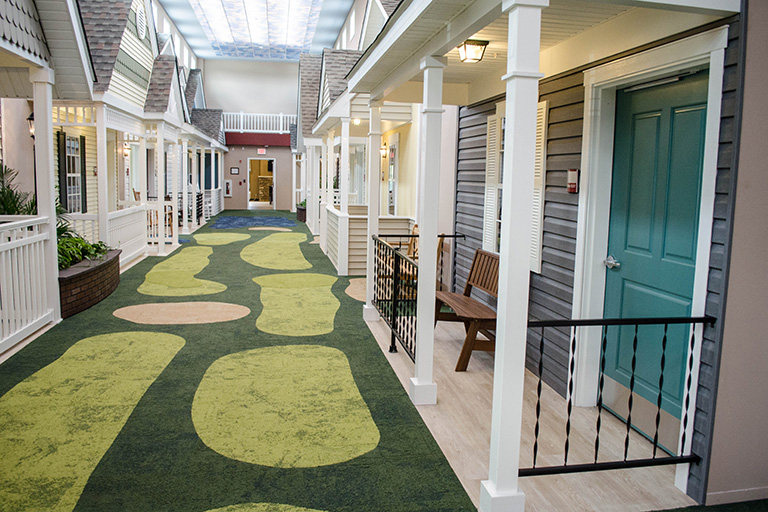 One of the top 50 Next Avenue 2016 Influencers in Aging and author of two books on Alzheimer’s, Makesh recently offered his perspective. “My residents’ long-term memories were intact. They’re very close to their early childhood days. What if I create a time capsule that looks like the 1930s and 1940s? What if I bring the elements of the outside inside? What if I give them a feeling that the sun can rise and set inside the building?”

He did just that with building ceilings with fiber optics that mimic starry skies and daylight, depending on the time of day. Residents live in little “houses” along a path of carpet that looks like grass, and porch lights turn on at night outside their rooms. “Main Street” is filled with stores, a barber shop, a hair salon, movie theater and shops like the residents remember. Nature is incorporated with plants, stone, fountains and scenic murals, including a golf course.

“Svayus,” his award-winning cognitive therapeutic program, is designed to cue and retrieve memories, using all of a resident’s senses to fight dementia. Residents are encouraged to participate in activities that will increase life expectancy and promote a healthy aging process, living a life that is cheerful, brimming with happiness and vigor. 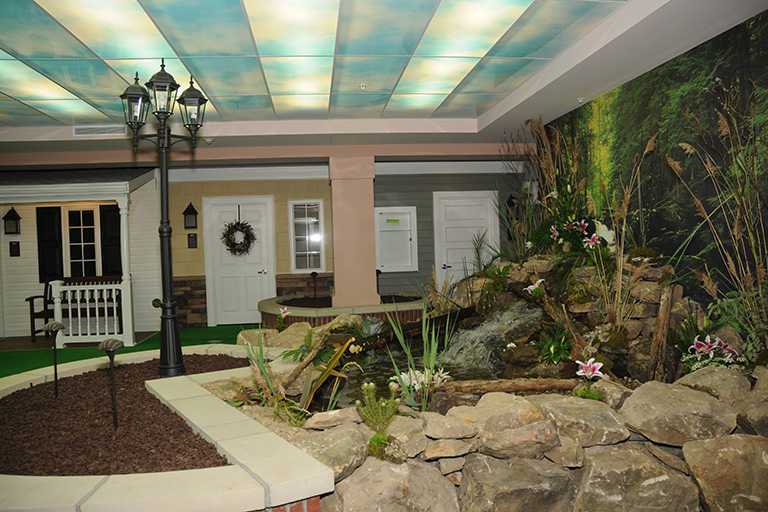 With three senior living communities and one under construction, Makesh’s goal is to continue design, development and construction of state-of-the-art facilities and therapeutic care models in the U.S. and other parts of the world.